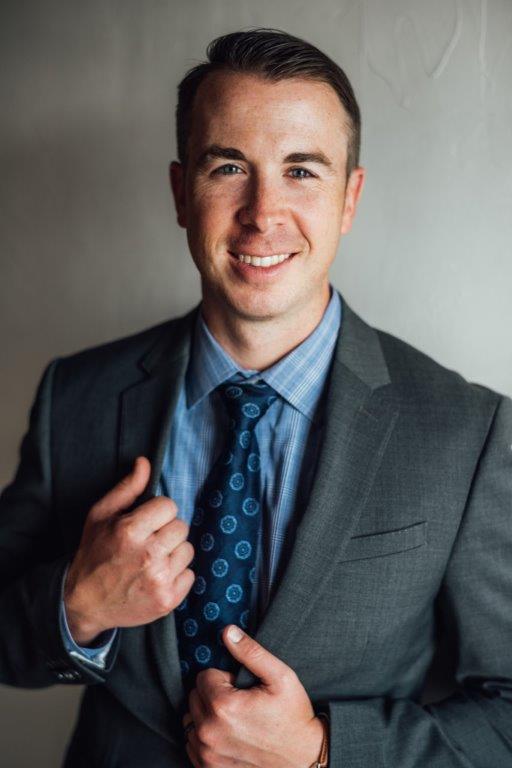 Mr. Noll has been actively involved in ASCE throughout his career. He first served on Lafayette’s ASCE student chapter board and upon graduating; he joined the ASCE South Jersey Younger Member Forum. He eventually served as the YMF President for two years before becoming the South Jersey Branch President for the 2017-2018 term. He currently serves on the board as Second Past President and Secretary. He is also a business advisory board member for the Alicia Rose Victorious Foundation, a national, non-profit organization that provides age-appropriate programs and activities for children receiving treatment for cancer and other life-threatening illnesses. In addition, Mr. Noll is actively involved with the Cherry Hill Township Board of Education STEM group, career fair and student outreach programs. 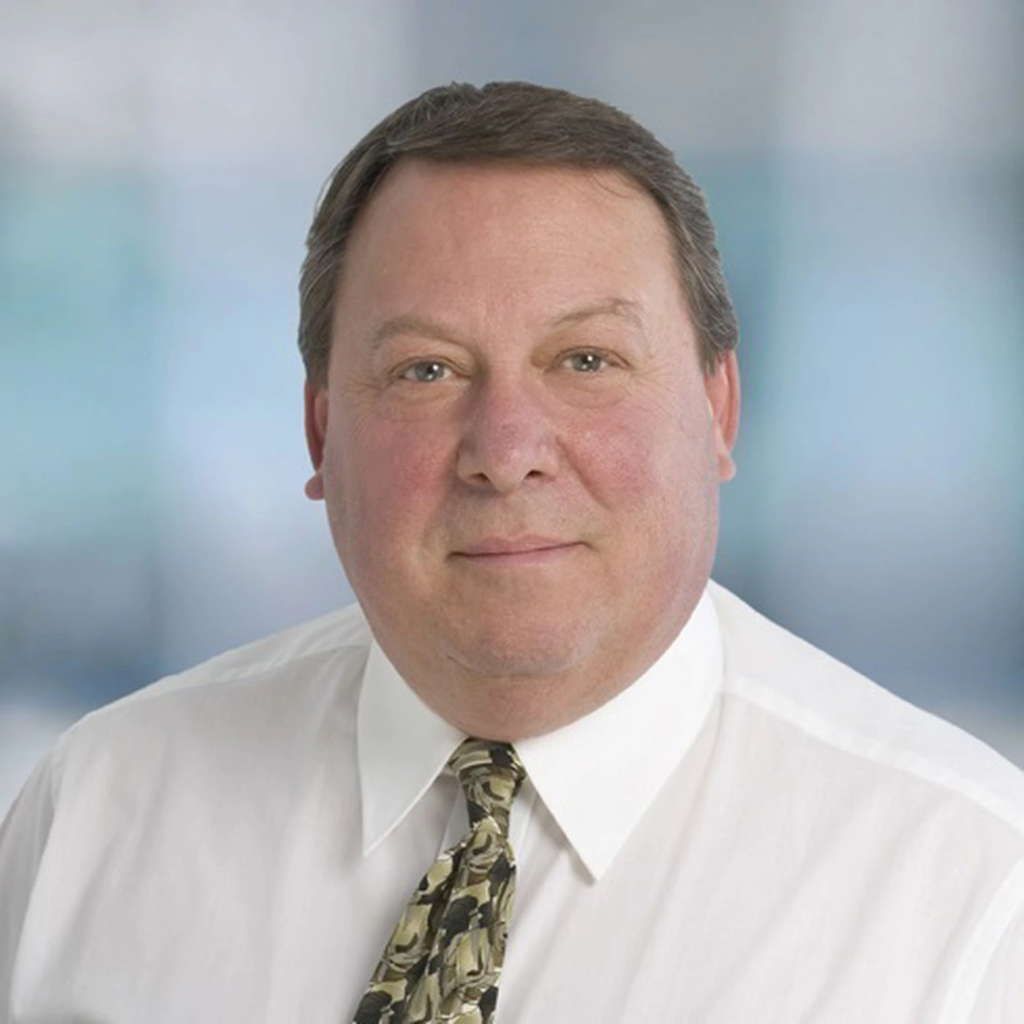 After graduating from Saint Vincent College in Latrobe, Pennsylvania with a B.S. Psychology in minor Biology, Tom entered the Steel Industry in 1978 moving up from general labor to management. Before leaving he was in charge of all stock and shipping for the company in charge of 120 union employees. Tom left the company in 1988 due to the company filing chapter 11. In 2017 he accepted the position of Township Administrator (Edgewater Park, NJ.) and has currently been offered another (2) year contract from March of 2020-March of 2022.

Tom has been a leader most of his life. At a very early age he was heavily involved in the Scouting Movement attaining the rank of Eagle Scout. He was selected to pass along his skills and mentor younger scouts including aiding them in attaining certain merit badges. He was a member of the local School Board from 1994-1999 while being Board President on 1999. He was elected to Edgewater Park Township Committee in 1999-2000 and served as Mayor in 2004 and 2014. He left Committee in 2014. Tom was elected to the Board of Commissioners Burlington County 2017 – Serving as Director in 2019. Tom has currently been serving as Deputy Director 2020.

McCormick Taylor completed the final design of the multi-year roadway reconstruction of Sea Isle Boulevard in Dennis Township, Cape May County, NJ. The main entryway into Sea Isle City, Sea Isle Boulevard runs for about 1.7 miles through an expansive brackish estuarine wetland complex, proceeding from Garden State Parkway Interchange 17 to the western approach of the Ludlam Thoroughfare Bridge that connects to Sea Isle City. Sea Isle Boulevard is a designated Coastal Emergency Evacuation Route that has experienced tidal flooding during storm events of less than 100-year magnitude. This project addressed resiliency by raising the roadway
to accommodate flooding events along the emergency evacuation route.

The roadway was elevated on fill by approximately four to five feet to be above the 100-year flood elevation while maintaining the existing toe-of-slope and right-of-way. Three existing tidal equalizer pipes crossing beneath the roadway were replaced at their same locations with larger pipes to improve tidal rushing and wildlife passage.

A small connector roadway between Old Sea Isle Boulevard and Sea Isle Boulevard underwent minor reconstruction to improve access to the Sunks Creek Bulkhead Public Access Area and an offsite marina. The bulkhead along Sunks Creek was replaced with a new vinyl sheeting bulkhead, repositioned no more than six feet landward of the existing bulkhead. When the bulkhead work was complete, public access site improvements were constructed, landward of the new bulkhead, enhancing recreational opportunities at this location.

Additional open water creation was realized through the repositioning of the Sunks Creek Bulkhead. Upon New Jersey Department of Environmental Protection (NJDEP) and US Army Corps of Engineers (USACE) approval of the final mitigation proposal, the project proceeded to construction. The construction phase lasted five years due to the need to allow for settlement and consolidation of the existing/proposed roadway embankment

The estuarine wetland complex adjacent to Sea Isle Boulevard is considered critical habitat for a large population of Northern Diamondback Terrapins. In response to concerns of the US Fish and Wildlife Service, approximately four miles of turtle exclusion fence was installed along all proposed guiderail upon the roadway’s top-of-slope, which effectively eliminates high terrapin mortality caused by motor vehicle encounters on the roadway.

South Jersey Gas enhanced its infrastructure by installing a new 12-inch gas main along Sea Isle Boulevard to service Sea Isle City. McCormick Taylor prepared the Maintenance and Protection of Traffic for the installation of the gas main.

The project was stopped each spring through the summer due to state Department of Environmental Protection rules dictating that construction cannot be conducted within 1,000 feet of osprey nests during nesting season. For the past few years, three osprey nests have prohibited the County from working March 15 through September 1. However, construction would have been prohibited the beginning of June in order to accommodate shore traffic.

The Sea Isle Boulevard project was completed a year ahead of schedule and elevated the designated Coastal Emergency Evacuation Route by approximately four to five feet to be above the 100-year flood elevation while maintaining the existing toe-of-slope and right-of-way.

Rich served on the TWT Board of Directors from 1997 to 2012 and has served as a Vice
President and Assistant Secretary of TWT over many years. He was a Principal in the firm’s Land Engineering Division and also managing partner for TWT’s Survey Division for five (5) years.

During Mr. McGuire’s 36-year tenure with TWT, and his previous ten years with other firms, he has supervised the engineering design of numerous large real estate projects, including corporate headquarters, education facilities and similar institutions, office and industrial parks, shopping centers and numerous large-scale residential projects. His experience includes site planning and engineering design techniques for grading, stormwater management, water quality and erosion control, and wastewater disposal. He is further responsible for liaison with clients, supervision of the civil engineering design on specific projects and coordination with public agencies. He directs the design and construction of major residential, commercial and industrial developments.

He is responsible for various design specialties including grading and earthwork analysis, planning and design, wastewater systems, water distribution systems, stormwater management design, water quality design, and preparation of cost estimates and specifications. In order to facilitate the complete design package for site development, Mr. McGuire also supervises the design of transportation systems to serve developments, including investigation of alternatives. This responsibility involves the direction of roadway and utility projects including the preparation of plans and specifications for road reconstruction, storm drainage systems, water and wastewater systems, parking lots and recreation areas.